Wave: the private geolocation app that wants to succeed where others have failed 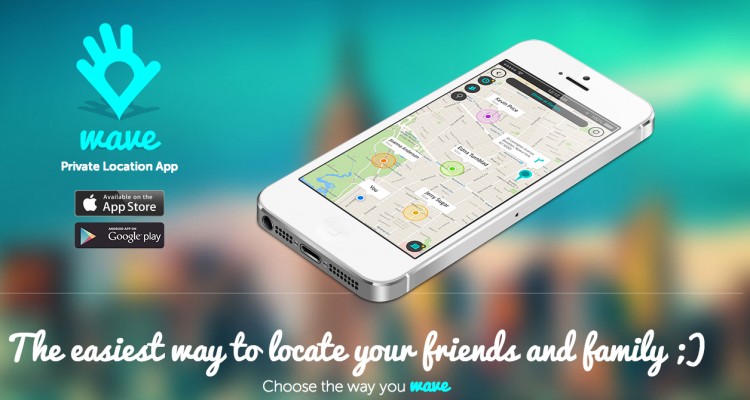 Create a private map to geolocate and track the movement of your friends or coworkers for a limited period of time. This value proposition has been approached by many startups over the past few years -from Glimpse to giants like Apple or Google with Find my Friends or Latitude, respectively- without much success. A success that a Madrid-based startup is trying to find with their own app, Wave.

Wave is friend-to-friend system that allows users to share their geolocation on a map with a certain number of friends and for a limited period of time. Co-founder Luis Gelado likes to say that four main characteristics define the app: private, bi-directional, temporary sharing and live (real-time).

So far the company claims to have more than 25,000 monthly active users and its iOS and Android apps have been downloaded more than 120,000 times, with most users being in Spain and Latam (40% and 35%, respectively). Although the space has been explored before, the company remains pretty aggressive and it aims to surpass 150,000 MAUs in 2015 and expand in the US, one of the key markets for these kind of services. To date they’ve raised €500,000 from various business angels, FFFs, Plug and Play and ENISA, and Luis says that they’re starting to explore the option of raising a bigger round (€1 million) this year with Spanish VCs.

Asked about how users are utilising the app, Luis tells Novobrief that 75% of Waves are 15 minutes long, pointing to use cases that range from groups of friends that want to meet up, couples, families that want to track their children and business meetings.

The startup has just launched version 2.0 of its app for iOS and Android and it’s currently part of Plug and Play Spain’s fifth batch. The product is good and easy to use, the team seems aggressive and funding doesn’t seem to be a problem for Wave. The main question will be whether they’re able to find product/market fit and solve a real problem for its users.

Hey Mark, here’s your next book! 24symbols partners with Facebook to join Internet.org and FbStart