We know when it’s going to open and where it’ll be located. Now we also know who will be running the day-to-day operations of Google’s Campus Madrid. 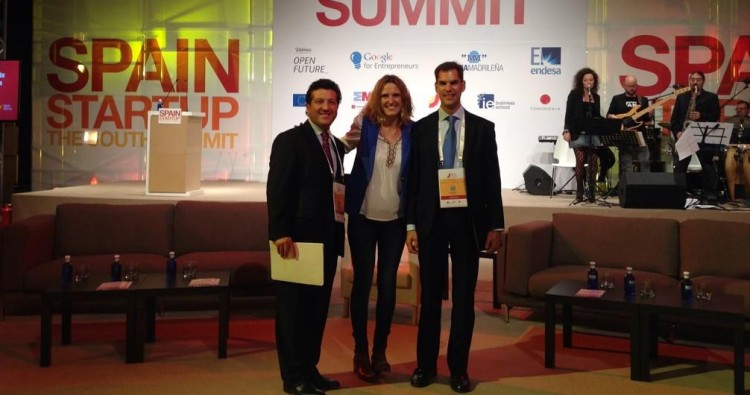 Sofía Benjumea has been selected by Google to run its Campus Madrid building. The former co-founder and CEO of events company Spain Startup will be in charge of managing Google’s latest initiative for entrepreneurs in the Spanish capital, which is set to open in June.

As we’ve previously covered, Madrid will be the sixth city in the world to host one of Google’s Campus buildings, following London, Tel Aviv, Warsaw, Sao Paulo and Seoul. It’s worth mentioning that only the ones in London and Tel Aviv are currently open.

Sofía had been running Spain Startup since 2012, putting together one of the largest annual events for startups in the country, South Summit, with the help of IE Business School. As she describes on her LinkedIn profile, South Summit’s 2014 edition turned out to be one of the “biggest meeting points for startups from Southern Europe”, with 4,000 participants from 15 countries and more than 350 investors.

Campus Madrid, which will be located in the Western part of the city, will follow the same structure of other Campus buildings, including:

With one of the biggest question marks about the project out of the way, it’ll be interesting to see what companies will be chosen to run Campus’ coworking and accelerator spaces. We’ve heard from various sources that Google has talked to almost every relevant accelerator in the country, but no final decision has been made yet.

Sofía graduated from Universidad Pontificia de Comillas with a bachelor’s degree in business administration and she later attended various courses at the London School of Economics, IE and UCLA.

Before founding Spain Startup she worked as a reporter for M6 Metropole Television, CNN and Antena 3, as well as other business development positions at different companies.

Given her background and connections in the Spanish startup and political scene, she seems like a good fit to lead Campus Madrid.